Mr. Hüseyin Hakki Kahveci (pronounced as Kahvaji), who earlier studied medicine at Sindh Medical College, appeared on the global professional CEOs list compiled by YATEDO. Mr. Kahveci is not foreign to Pakistani culture. He speaks Urdu language and studied business in the United States after his studies in Karachi, Pakistan.

YATEDO released the CEO list who are influential in the world tourism trends. The global survey elected 1000 professionals. From Turkey, Mr. Muhtar Kent appears on the global list as the CEO of Coca Cola while Mr. Hüseyin Hakki Kahveci, who is the CEO of online tourism agency www.lettime.com is second Turk included in the list. Hüseyin is a successful businessman who had completed important touristic projects in Turkey and the only Turkish CEO from tourism sector in this global list. 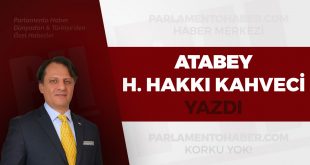